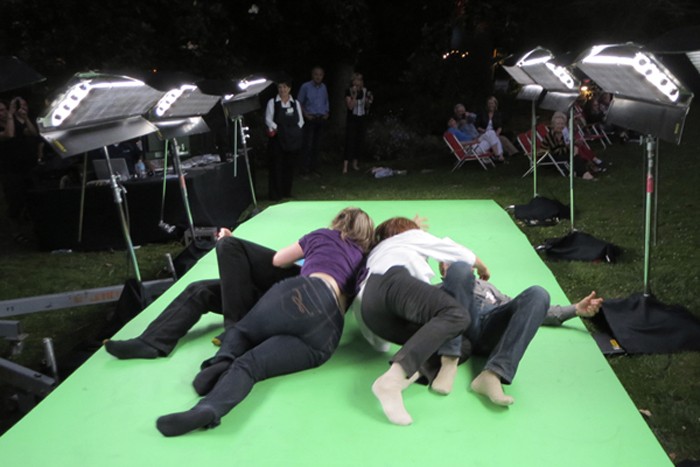 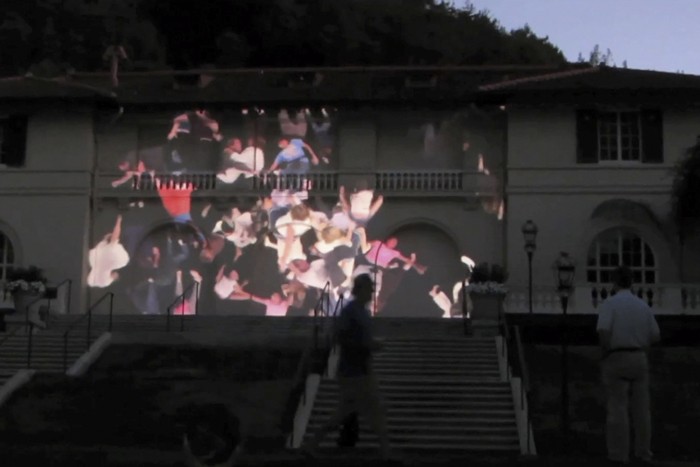 The video display content was the result of a public-participation performance, a signature method of the artist. Community members were asked to perform and crawl over a green-screen surface and encouraged to be creative while being captured by Canogar’s over-head video camera. It evolved into a spontaneous and uninhibitedly playful interactive process that resulted in a dynamic video animation featuring the local Saratoga community in both realistic and abstract forms.

Asalto is born from a desire by the artist to have viewers project themselves, literally and metaphorically, onto their immediate environments.