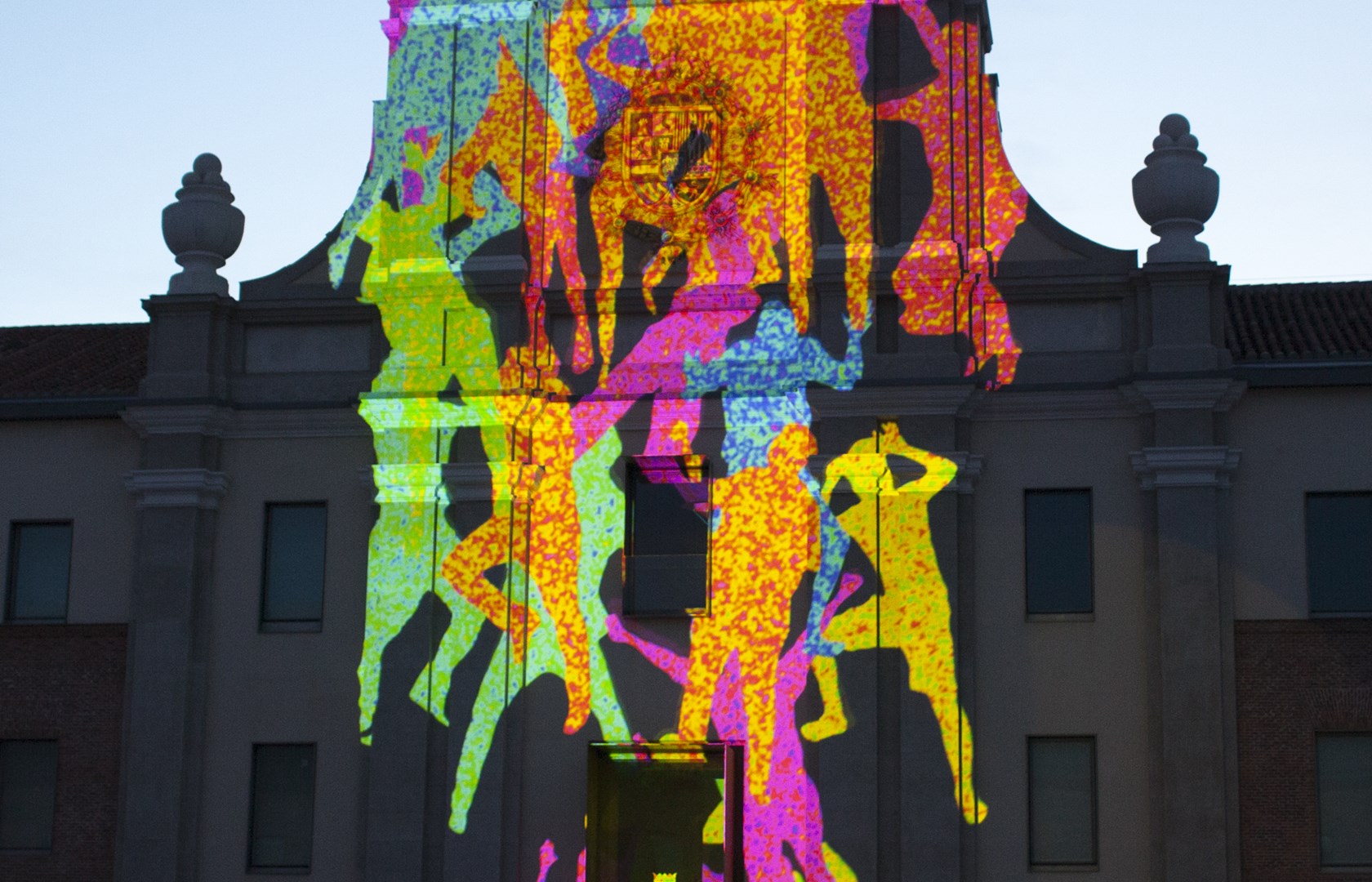 The video content is the result of a video recording in which participants where invited to crawl on a green screen platform while their actions were being filmed by an overhead camera. The work is born from Canogar’s desire that participants have visibility in the public space. Citizens too often become mere spectators of their environment; it is essential to give them a platform to allow them to project themselves, literally and metaphorically, onto their city.