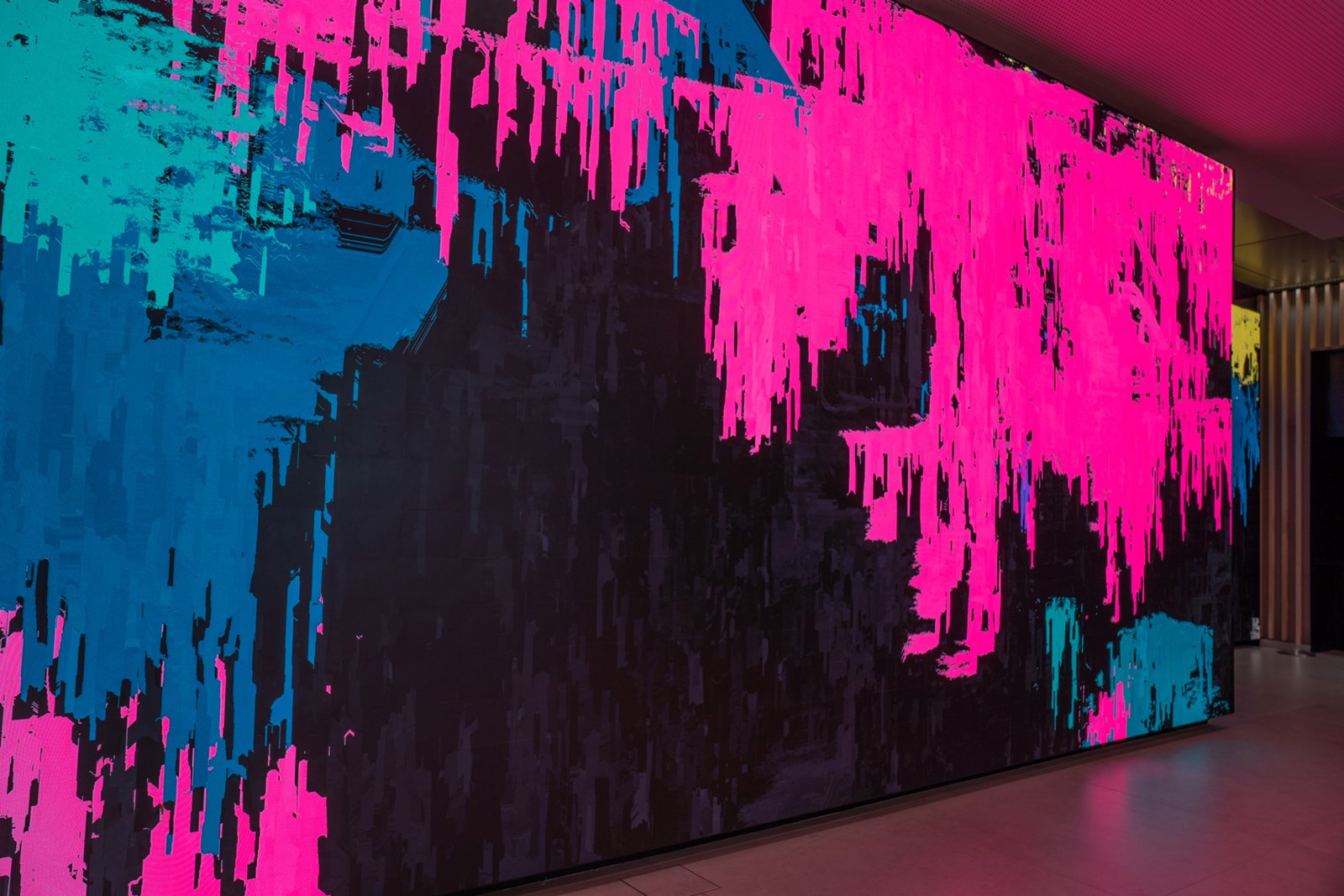 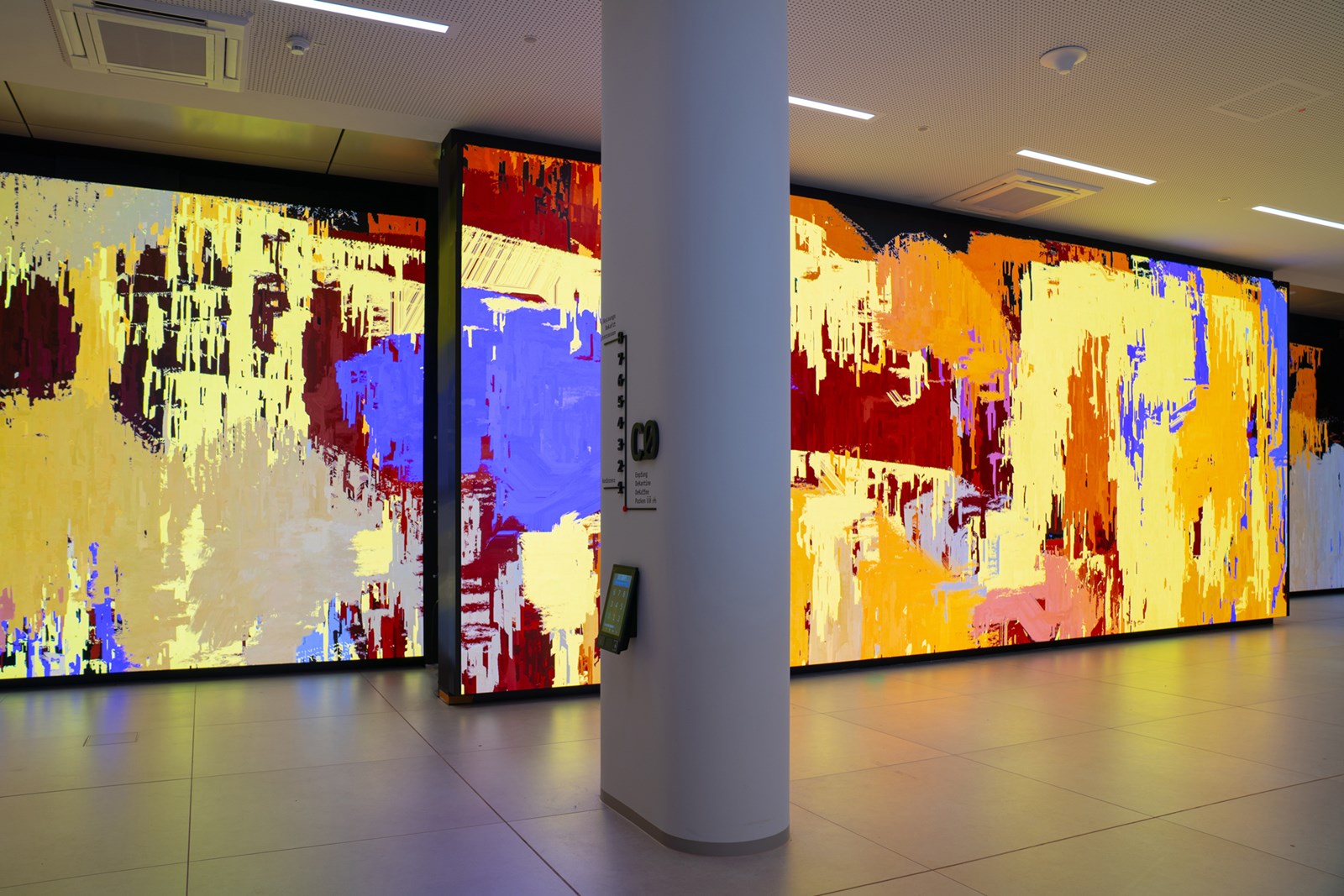 Descargar
Descargar
Descargar
Descargar
Descargar
Descargar
Descargar
/ 2
/ 2
Brushstrokes is a generative artwork featured on the LED screens in the lobby of the new DeKa Bank building on Lyoner Straße. The artwork is displayed as a continuous animation distributed on the 3 LED screens spanning the width of the lobby. Using custom-made software, Brushstrokes references abstract expressionism with painterly gestures that evoke this seminal movement that emerged in Europe and the United States in the 1950s. As a painting that never ceases painting itself, the artwork also incorporates geometries and forms that are clearly digital, becoming a conversation between analogue and electronic forms of creativity.
The color palette of the artwork consists of ten groups of 5 colors that appear on the screen at any given time. Each color grouping has been given a name, including “Desert”, “Deep Forest”, and “80s Funk”, with each group taking turns on the screen before seamlessly been taken over by the next cluster of colors.
Approximately every 30 minutes, the “digital painting” dissolves and clears the LED “canvas” for a new animation to begin from scratch.
Four webcams strategically placed in the lobby capture the movement of employees and visitors as they walk by the LED screen. Their movements are transformed into linear paint splatters that usually appear in the artwork with bold and bright colors. These linear and bright shapes aid viewers identify the brushstrokes generated by the movement of the public as opposed to those created by the algorithm, which tend to have more irregular forms.